Following the success of the “Out of the Blue” solo exhibition in Seoul 2014, home grown painter Clementine Chan brings the artworks inspired by Korean culture back to Hong Kong.

The works in “Out of the Blue” were created from the experience and the places Clementine has visited in Korea during her 5 month artist residency at the Korea National University of Arts in 2014. The exhibition contains two parts: oil on canvas and prints of digital drawing. While the former works are more poetic and painterly, and the latter more humorous and cartoonish, both were based on an alter ego of her called Bluey, the little girl in blue who appears in each work whom she has initially created on iPad by finger drawing. Her vision of the world and her wit and philosophy reflect the inspiration and amazement Clementine had on this land where Yin meets Yang. The three main elements of the Korean language – Hangul (sky, earth, man) as well as the four trigrams of the Korean national flag Taegukgi (sky, sun, moon, earth) were embedded in the paintings. And the adventures of alien Bluey are illustrated in digital drawings with witty scripts. 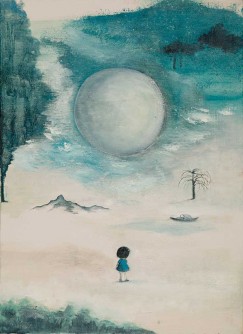 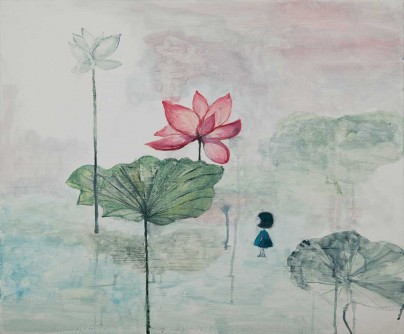